I regularly send out email newsletters, so, to keep up to date with my latest releases, please enter your email address below and signup. 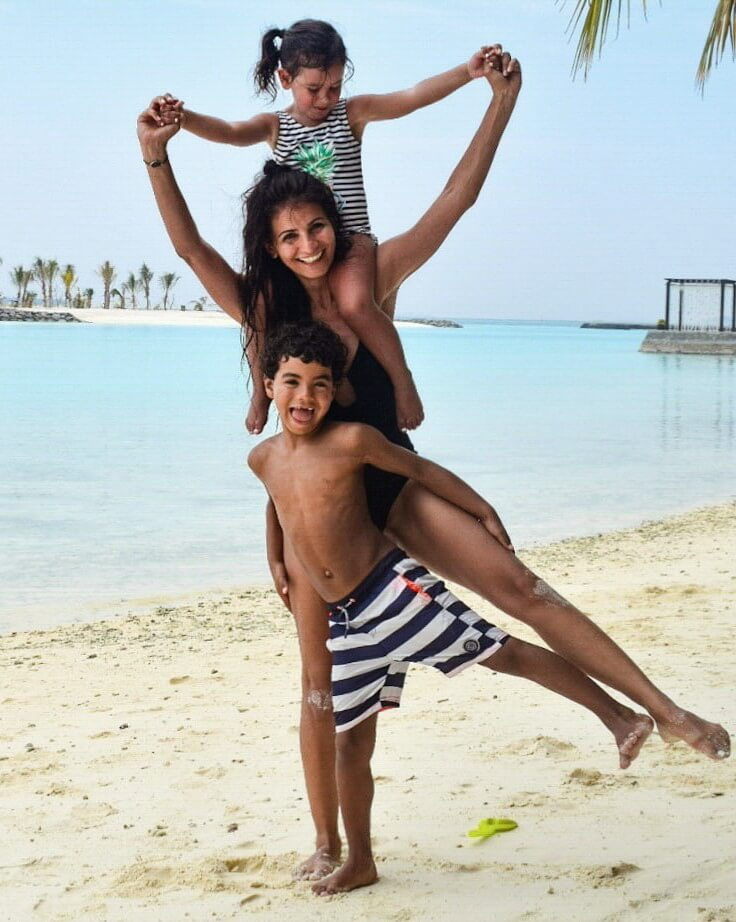 Meet mama of 2 Joy, Joy is a plant loving mama and we love her take on parenting
What is the best advice you have been given on parenting?
GO WITH THE FLOW!🌊 haha! It’s true though and has helped me tremendously! I was a perfectionist career woman who strived to make the multitude of things I was juggling run like clockwork. When my kids came along I thought I could just slot them into a busy schedule…but that’s not what THEY had in mind! 😅
I’ve had to learn to be flexible like a palm tree in a hurricane and create a new balance in my life where my children have equal say.
What are your kids’ favourite foods?
Apples!
Seriously.
They cheer them up in a tricky situation like mAgiC🌠, especially if I peel them, cut them up in small bite size pieces and shake cinnamon on them! Although…Ethan might not agree with me – he would probably choose pasta and can eat a full 500g in one sitting!! Yikes!
What is your favourite meal to cook for the family?
My favourite meal is the one that makes me the happiest seeing them eat it! In which case, it probably has to be ‘nicecream’. If you haven’t tried it before it’s so SO good – basically peeled frozen bananas chopped up and put in a blender. After 30 secs or so it whips up into a fluffy icecream!!
Totally mind-blowing!
I then add vanilla, and any flavour they like: cacao powder, mango, berries, and top it with fresh banana, nuts or whatever else makes them happy! They are excited because they LOVE eating ice cream; my husband loves it because he has the biggest sweet-tooth evaaaa; and I am happy because they’re eating a meal full of pure goodness! he he 😆
What three items do you always have in your bag when out with the kids?
Water – in my huuuuge Kleen Kanteen bottle
Snack – these kids can eeeeeeeeeaaaaat!
Back up – something I know they love at the moment: like a small purple fairy for Sofia, or Ethan’s MP3 player – so that if we’re getting close to a crisis I can whip it out and settle the waters again…know what I mean?
How would you describe your parenting style?
In one word? Maybe as a ‘guide’.
Hmmm…I like to think of ‘parenting’ as a role, like being a ‘sister’ or ‘friend’. So, I have some responsibilities: keep the kids safe, and the rest is about having a good relationship with them.
I don’t see our family as part of a hierarchical structure with my husband and me at the top – rather we all have ‘shared’ leadership roles if you like. We all have individual needs which take priority at different times, and have to value them whether we think the other person’s needs are important or not. To them they are and that IS enough.
I’ve been criticised for this at times. People saying: “your child is the boss”, or “don’t give in, it’s ok for them to cry”. I disagree with this and don’t see it as a power struggle, rather me being sensitive to their cognitive and emotional stage of development and not forcing them to believe that I don’t understand what they are experiencing. I might not agree that e.g. Sofia should wear her (self-named) princess dress (which is filthy from the day 🙈) to bed, but I’m also not going to rip it off her if she wants to wear it right? I respect she doesn’t understand that it’s best not to, but can’t force her to understand at a higher level than she’s at. I guess, the same way I wouldn’t expect a friend to be ‘obedient’, I don’t expect my children to be ‘obedient’ either and do something just because I said so (unless of course I need to keep them safe).
I want to them to experience negotiating, sacrificing, other relationship building skills, as well as learn from my modelling on how to be respectful to others when you don’t agree with them and/or when they are cognitively less able or different to you.
It’s hard though!
I need to learn a lot of new skills and unlearn some too!! They say parenting is hard work…haha, it really is!

Ultimately, I’m just another mum muddling through and trying to do what I feel is best for my kids and family.
What have you found to be the hardest part of your motherhood journey?
The above! haha 😂 The kind of mother I want to be doesn’t always come naturally, as much as I believe in it. So, as I need to make an effort to be the mum I WANT to be, it’s kinda hard work!!
What is the best part of motherhood?
Oh gosh…so many!! 😍
Maybe overall it’s seeing life again through a child’s eyes – the excitement, awe and wonder at this beautiful world we live in gives me so much energy and joy!
We world-school our children (learning by travelling to different countries – a kind of home-education), so seeing them learn, make connections, be inspired and stunned at ordinary things makes me see an additional  perspective of the places we are visiting in addition to my own! I just LOVE it!